Thames Valley Youth FC is a fine example of a friendly, pro-active youth football club that plays an important role in their local community. Football Focus Magazine recently caught up with Club Representative Dwayne Mackenzie to find out more about the good work they’ve been doing lately.

He told us, “I personally have been involved with club since July 2017. I was meant to have a year out and take a break from grassroots football after being involved in either assistant or management roles since I was 16 and I’m now 33. My intention was to take under 6s only.

I have always had a soft spot for the club because of coming from a large club with lots of volunteers to a small club with few volunteers. The original chairman Darren Gotch is a very very good friend of mine and has been there on more than one occasion outside of football and one of the people I respect highly within youth football and with the club playing on my doorstep and around the area I work it made sense.” 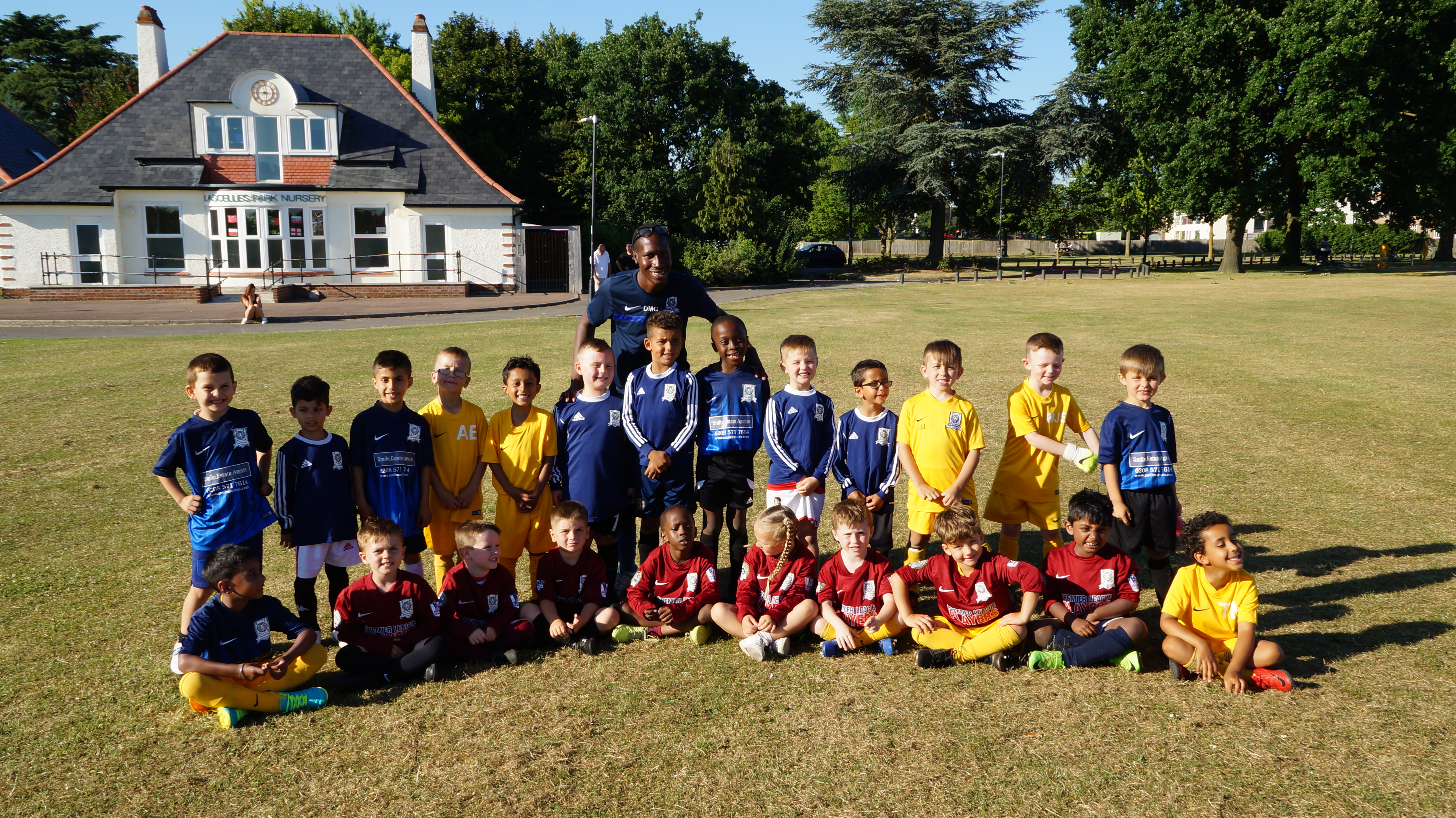 “The most challenging aspect I found was getting volunteers and committed volunteers to assist and lead with coaching and with the club in general. When you take on a volunteer role you don’t do it for your child, you do it for your child and many many others and getting the commitment of volunteers has been a massive challenge and one which we are still working on.

The most rewarding thing is quite simple: seeing children smile through football. The club operate a ‘every child must play policy’ and whilst getting committed coaches has been a challenge at times it means that I have had the joy of working with a lot of the younger teams. I have seen a lot of individual players improve and with that also I have seen in recent weeks some coaches develop both their coaching ability and their teams and that for me has been a massive reward.”

“The mood here is positive; working alongside Paul Baker, Darren Gotch, Tracey King and Hardeep Samra we now have people slowly but surely joining the Thames Valley Family. We have people ready to step up and help with just the simple things like getting further sponsorships, collection of subs, applying for grants and helping organise club fundraising events. The club has grown and I am purely assisting in the already fantastic job that has already been done in developing the club.”

“Last season was a success. In 2016-2017 the club had teams aged 8-12. In 2017/2018 we added three more age groups to our midweek training sessions and even a Saturday Club which is run by footiebugs. In 2018/2019 we will have ages 6-14 with Footiebugs still leading our Saturday club and giving children aged 5 upwards a pathway into playing Saturday and Sunday league football.

We are now looking to build the Thames Valley Family. Compared to my last club there are people at this club that have done multiple roles for a number of years. The more volunteers the more the club progresses. We are developing a band of volunteers who work in unity in the best interests of all the children. We want to keep as many children playing and enjoying their football as possible.

I’d like to add a mums training session which we are looking at now, and a dads 7aside team as well as toddlers football so that children as young as 2/3 can start enjoying their football at the club and hopefully have long careers at the club, but all are dependent on volunteers and numbers. We have the growth we now need to build on our development and that comes from us as adults.”

“Although I work as a paid football coach, seeing children succeed through grassroots has always been a massive passion. As a child football was my way out of various things I went through, and having done some mental health training and currently doing a lot of mental health campaigning I share the clubs motto of, ‘every child must play.’ If that happens then I’m smiling and as a grassroots football coach and a footiebugs coach I have seen first-hand what football can do for youngsters. I am one of those youngsters.

Having coached at my previous club Sandgate I still have people from the club who have been and are there for me especially Steve Kennedy who is Mr Sandgate himself. The work he has done for over 30 years at my previous club as do many others down there is second to none. I’m sure he’s also there for a number lads off the pitch as well as supporting children on the pitch just like he is for me and it’s people like him that inspire me to do what I do. They say football is more than a game and it really is.”

“We tried having a men’s team but sadly couldn’t get the volunteers to sustain it. However, we have links to both one of the development centres for Footiebugs who have a partnership with Queens Park Rangers and Wycombe FC with whom we have enjoyed successfully some days out and we have sent players on trials to both.

The club have previously had former players play for Chalfont St. Peter, we will be enjoying some team days out to Slough Town FC and combined with links to local side AFC Heathrow we have ensured that players have the best chance of success in senior football, whether it be professional, semi-professional or at amateur league status.” 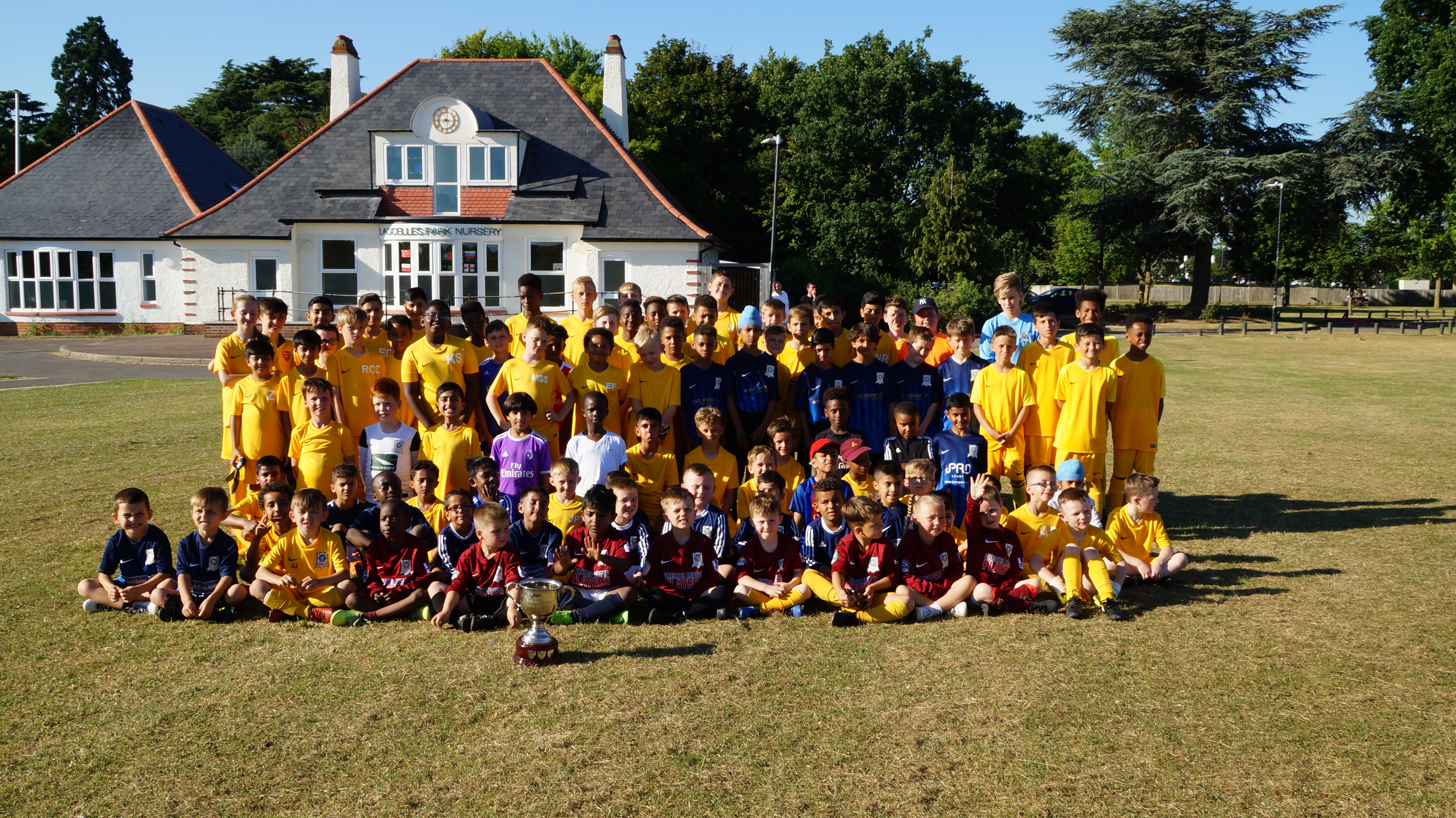 “We are definitely a community club and with added volunteers we aim to be slightly louder and bigger in the community. We have recently made good relationships with a number of schools and hope to progress this further.

With my mental health fund raising I’m also hoping that as a club we work alongside a mental health charity, the clubs ethos of ‘every child must play’ plays a big part in children with mental health issues being involved in sport and football especially.”

“Our biggest challenges are once again volunteers, and funding. Sadly there is not a lot of money been pumped into grassroots football and with the way the economy is people are working rather than volunteering. For us and other grassroots clubs to succeed it needs people with passion and drive and commitment. If we have that then its game on, without these though our drive and growth will always be limited.”

“As a club our ambition is to grow and carry on forming partnerships to better the children and as long as I’m here I will carry on doing this.. It would be brilliant to see teams at every age group, potentially have our own men’s team, introduce girls teams and something that I’d love to see is a Club house. Things like a club house bring in their own revenue and it would be brilliant to see this.

Darren Gotch who has been chairman for a number of years and is still actively involved as under 12s manager and welfare officer, Paul Baker, Tracey King and Russell Barnett have maintained Thames Valley since 2009 and done a fantastic job of it. They have set it up, grown it, and there’s a lot of fantastic young men and women now in our local area who they have helped. With their continued input, my ideas which occasionally have to be reined in a bit, and the continued assistance from volunteers coming which are slowly coming forward then the club has a further fantastic ten years ahead.”

Dwayne also thanks: Gareth of Footiebugs who run their Saturday morning club, Joanne Poole, Hayley Lovell, Natalie Gentile, Kristie Bailey, Natasha Smith, who have taken on roles of registrations officers, fixture secretaries, and charter standard officer in a bid to help apply for more grants as well all the clubs managers coaches and assistants; Steve Kirby ,Ashley Rana, Jazz Gandhum, Tyler Munt, and two of whom two Graham Baker and Tariq Hussain who have been involved with the club since the start and all the clubs parents for their continued support. 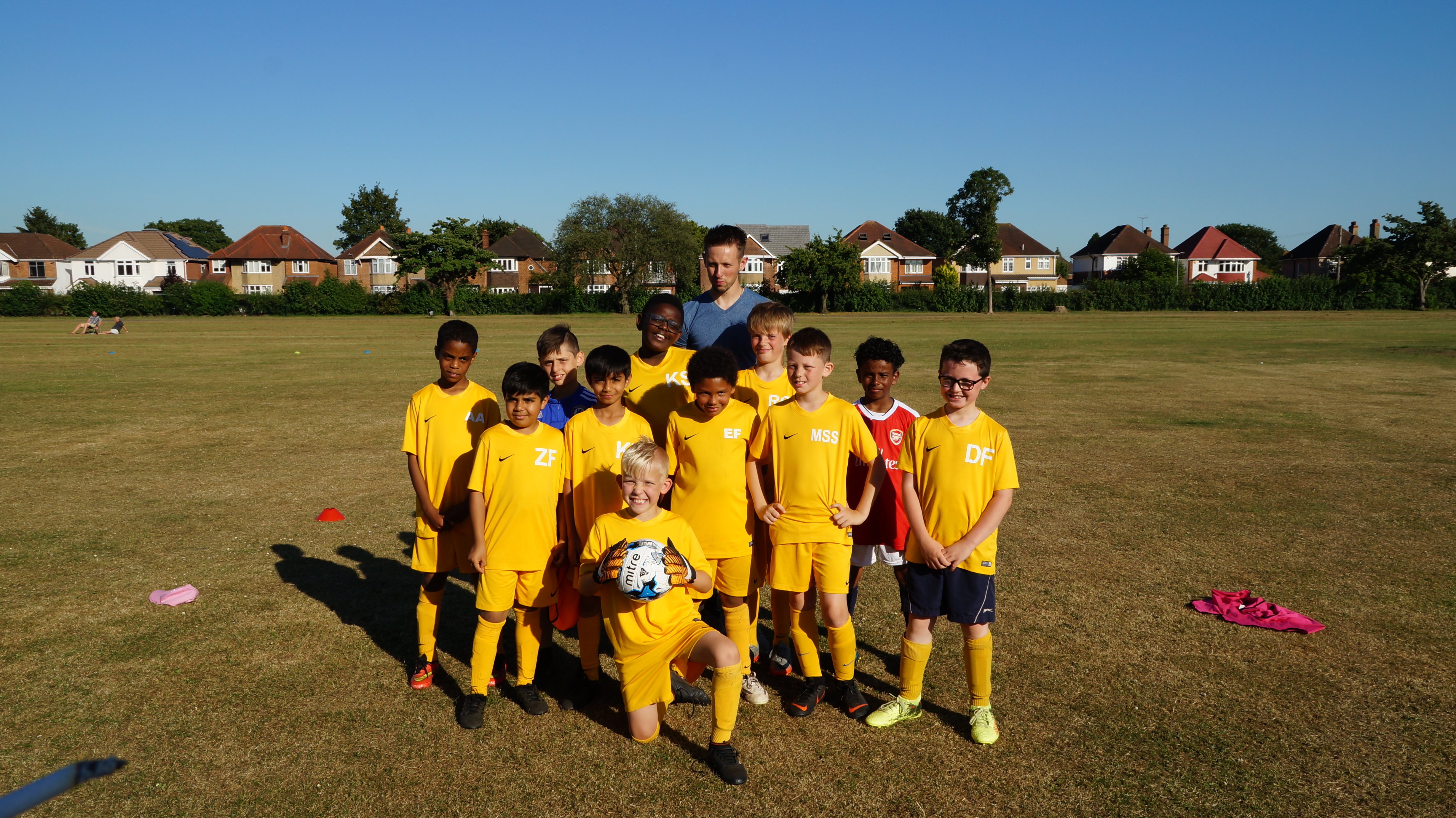