Rainhill United JFC does a fantastic job of providing young players from their local community with an opportunity to play the game in a safe and enjoyable environment. Football Focus Magazine recently caught up with their Chairman Gareth Clarke to find out more about how they have been getting along lately.

He told us, “I have been involved with the club for the past ten years. I am originally from Derry in Northern Ireland and not knowing the area, I asked friends for a team for my son to join as he was five and showing a keen interest in football.

We went along to his first academy session and I soon found myself stepping over that white line and getting involved in the sessions. This ultimately led me to running his team for a number of years. I keep stepping over those white lines and have held Club Treasurer and now Chairman roles.” 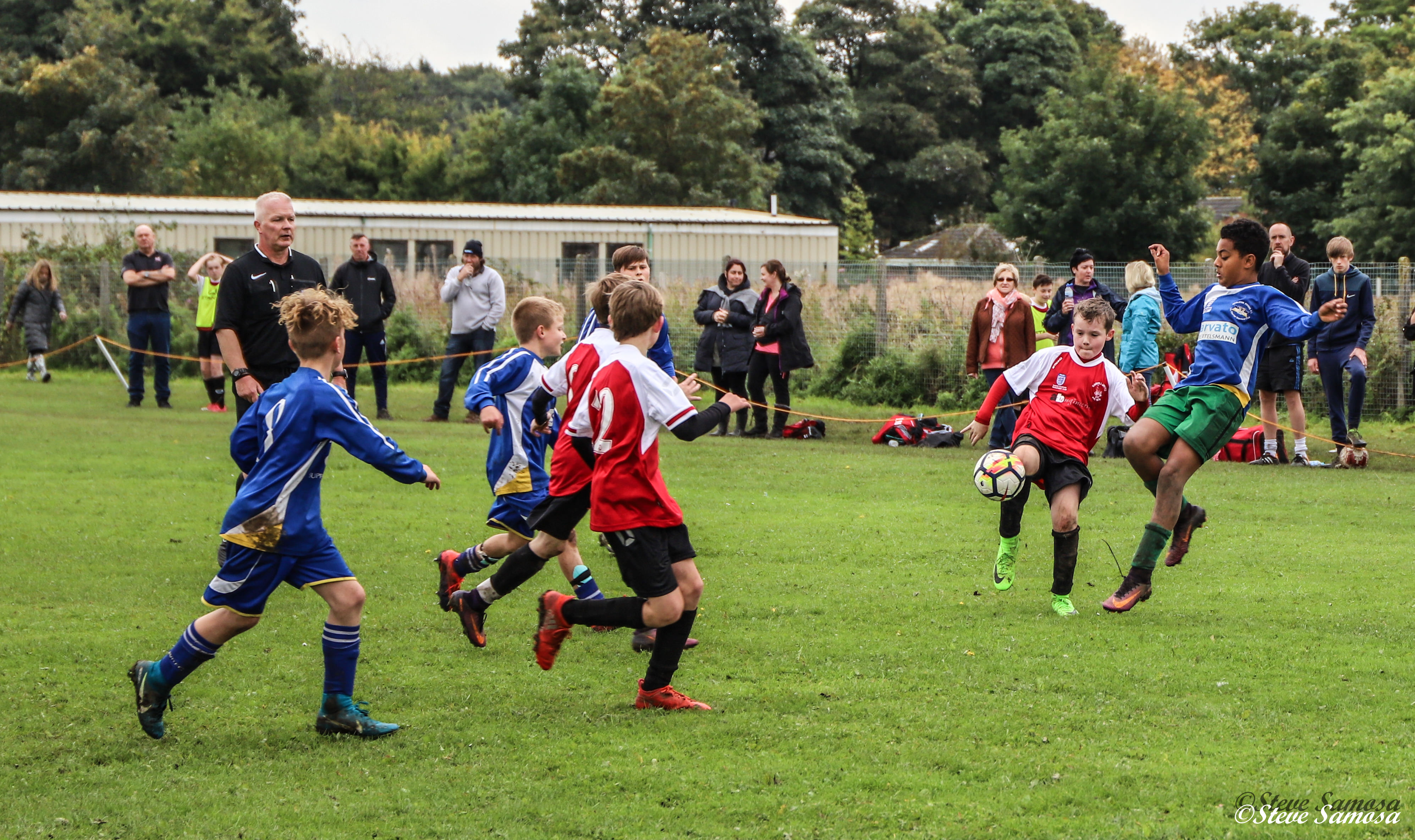 “The most challenging aspect of the role is the breadth of areas that you need to get involved in as a volunteer – from coaching to fundraising and sponsorship, negotiating with kit suppliers to ensuring we have a strong social media presence. Throw in the addressing any immediate issues whilst planning and providing direction for the future – it is all very time consuming.

The most rewarding aspect is knowing that the 500 children that we cater for, believe that they are part of a team and a club. There is a togetherness of the coaches at the club, with the common goal of providing the players with fond childhood memories regardless of ability or background. Seeing children join the club who are shy and having never played football, leave full of confidence as young adults makes us all think that it was worthwhile.”

“This is a real buzz about the club at the minute – we regard ourselves as a very progressive and forward thinking club. Having been around for 42 years we need to ensure that we plan for future generations. With massive expansion in the last five years, we are now providing opportunities for both boys and girls that certainly had not existed within the community before. Having won FA Charter Standard Development Club of the Year for both the Merseyside and the North West region in 2015, this has certainly been the springboard to further enhance the experience of the club.”

“Both on and off the pitch we have made really good progress this year. With seven new young boys and girls teams 2017/18 has been a learning curve and an introduction to organised team football.  Several of our team are sitting in the premier divisions of competitive, multi-division age groups and can certainly hold their own. Being a club that caters for the whole community we certainly don’t adopt an attitude of ‘win at all costs’ and see our role is to develop our local based players.

Off the pitch we have embraced lots of enhancements including becoming an FA Development Centre for Girls Football, formalisation of our early years academy, launching our online club shop for merchandising, organising attendance for 100 Girls at the England v Russia Ladies game and providing games for our players against the likes of Liverpool FC Girls Academy, Barcelona’s US Soccer School – ISL FUTBOL and a team on tour from Connecticut – all items that help provide the memories to our young children and their families.” 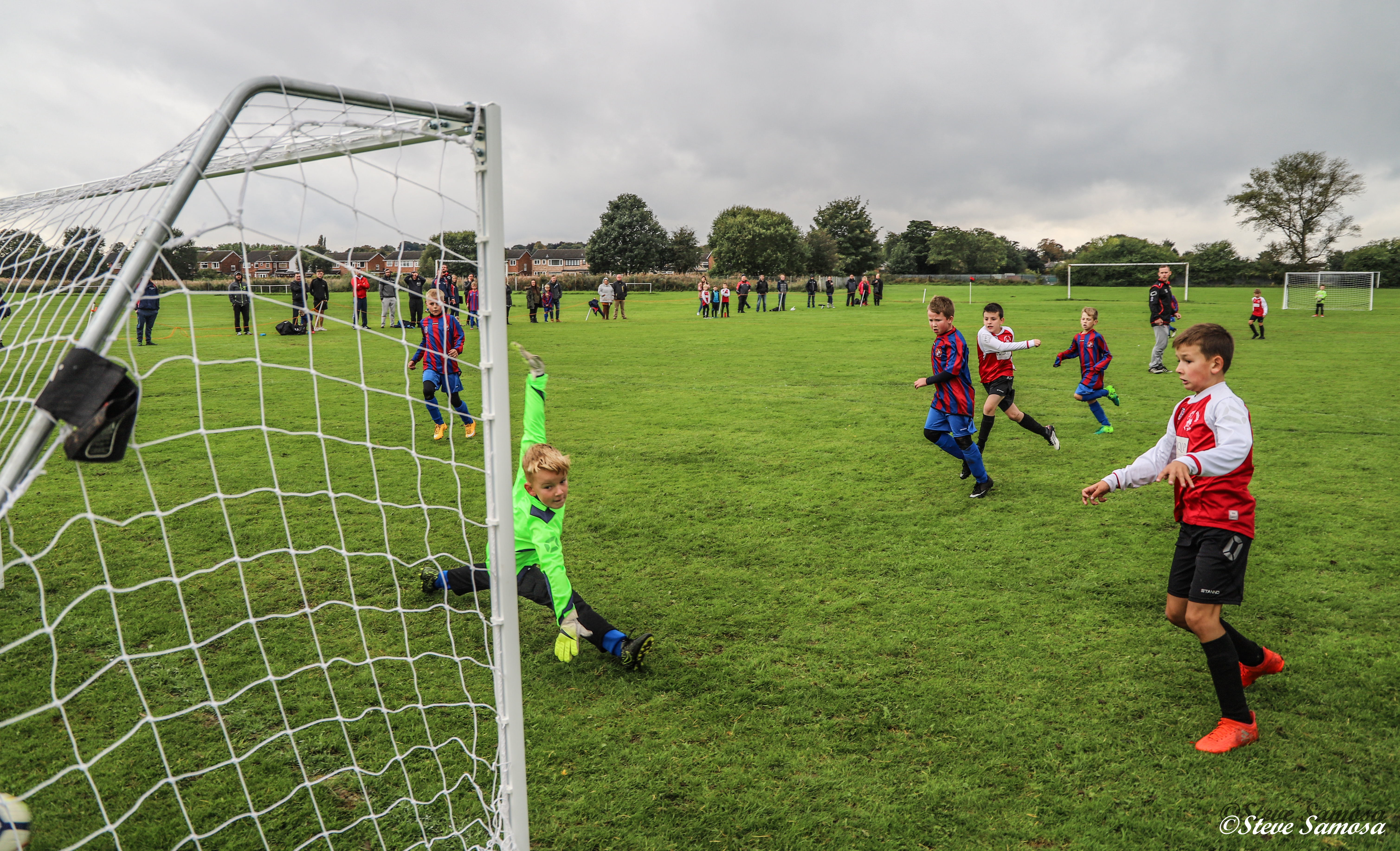 “2018 has seen us launched our first ever Player Forum event, where representatives of our teams from U7 to U16 gather to talk about what they like and want to see from ‘their’ club. These children are potentially going to be coaches of the future, so we want them to help form the direction of the club. We will hold further sessions.

We are working with the local cricket club in development of two new grass small sided pitches and this enables us to use their facilities and provide match day refreshments.

One big item this year is to attain the FA Community Standard status, which is the top level for grassroots football. We are really exploring the potential of developing Futsal teams, which is something that proves extreme value in player development.

This year we plan to continue our relationship with a local Heart Screening charity and this would be our third session that we have hosted which put all our older aged players through a Heart Screen session prior to them leaving the club. Carried out by leading Cardiologists in Liverpool this opportunity that we provide is extremely rare in grassroots football.”

“As a club we put a lot of emphasis on developing our local players. We have all seen the assembling of strong players by other teams, however as a community based team we are there to provide football opportunities for local children. We have engaged the services of a very experienced FA coach mentor who is helping us develop our coaches, to maximise the impact they have on player development.

With our boys and girls players we put the emphasis on the ‘early years’ development and do not rush players directly into teams – they really need to know the FUNdamentals before embarking on team football.

We have been a feeder club for one of the local open age teams. We have seen our players’ transition from the club and join U17/U18 and development teams as an introduction to senior football. We have seen several players go on to make a living from the senior game.”

“We pride ourselves as a club that reaches out to the whole community and try to embrace that.  We have a wide range of individuals from different schools, abilities and backgrounds. Especially with the girls teams, we have seen that the catchment area is wider but it is so encouraging to see lasting relationships form within a diverse set of girls. We regularly get involved in community events and run the annual primary school football tournaments.”

“The biggest challenge that we face as a club is facilities. As a club who will have 34 junior teams next year we are now reaching our capacity in terms of provision of training facilities and pitches.  Poor drainage of our public park home ground results in large numbers of games being called off throughout the season.

With no budget for local authorities to invest in pitch improvements and the constant threat of releasing greenbelt for development there is always that element of long term doubt for grassroots teams like ourselves. At a high cost financially, we do have access to the 3G facilities of a local High School to hold our training sessions and some games. With the lack of a club house and the appropriate level of investment, there are always limitations on how much we can develop the club beyond the basics such as new goals and kits.”

“The club ideally would like to have its own club house which we can call home and be able to host our own club functions. We would love to have a small sided 3G pitch of our own, therefore providing football all year round and reducing the need to hire external pitches. We could then diversify into local primary schools using it as well as adult walking football – against strengthening the community standing and relationship of Rainhill United and cementing the club for future generations of local footballers.”